New Ka-band service is based on the same, field-tested and proven technology provided by iDirect. Ka-band service requires a smaller antenna, reducing the equipment and transportation costs and making the installation easier.

Hylas-2 has three times the capacity of Hylas-1 and some 40 separate beams, each covering a different fixed area, plus one steerable beam which can be directed anywhere. Up to twenty-five beams can be active at any one time. The extra beams give some flexibility in the areas that TS2 can serve.

The price list does not include individual discounts and special offers 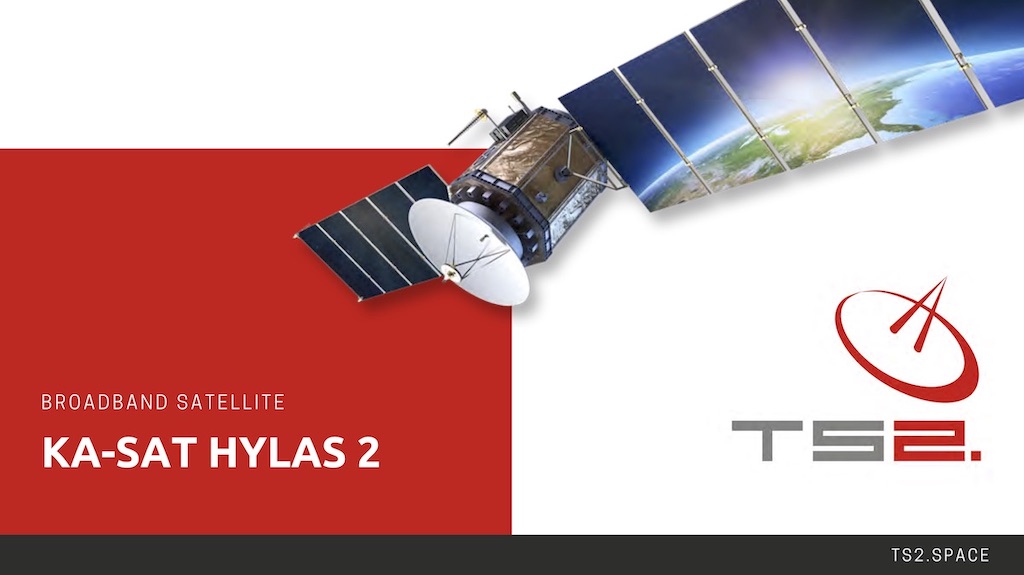